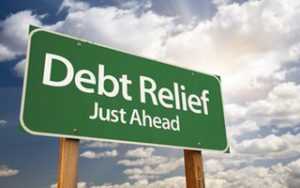 Payday Loan Debt Consolidation is a solution to many American’s payday loan problems. Most people may not understand how someone could possibly be so desperate to use this route, knowing that the risk is much greater than the reward. Some people just don’t have any other options.

Annie, a 38-year-old mother of two, had her life exactly where she wanted it. She was happily married and had a great job that allowed her to leave work before her children were off from school. It was 2008, the year of one of the biggest economic crashes since the great depression in the United States, and little did Annie know her life was about to be turned upside down. Annie’s husband lost his job that allotted them the finer things in life. The stress of his employment troubles amounted to a divorce which left Annie with two children, a part-time job, and many expenses. What does a single mother of two do out of desperation to feed her children with no extra money at the end of the week? Annie had seen numerous advertisements through TV commercials and internet ads. Annie was pressed to call a payday loan company.
The company was well versed in giving Annie the confidence she needed to put food on her table and with only having to pay the one-time fee, if the loan was paid by the 14th day, Annie would have two weeks to regain some financial stability to pay the loan back. Well, Annie’s son broke his leg that next week and this is where Annie’s debt to said lender started to escalate out of control.

Payday loans incur enormous rates of interest. Charges mount up when the borrower is unable to repay the loan at the end of the given time period, or can repay but immediately needs to borrow the same amount again. This term is called rollover. When Annie sat with her Payday Lender and asked about the 400% APR her lender told her “don’t worry about that part.” That was the part that Annie should have considered most. It was the biggest component of the transaction. It stated how much exactly it is going to cost Annie to repay the loan. Annie’s APR was compounding. Her interest was being added to her loan and the following month, when she was unable to pay, she was paying interest on the interest that she failed to pay the previous month. Those numbers added up quickly.

WHAT DID ANNIE DO?

After months of months of this debt spinning out of control, Annie started to research solutions online. There is much information when it comes to Payday Loan Debt Consolidation. So much that many times Annie became frustrated with the jargon and walked away from her computer. What was APR? How did the interest compound so quickly? Can these Payday Loan Debt Consolidation companies really help her dire situation? The answer was yes! All she had to do was make the call.

SO MUCH LINGO YET VERY LITTLE UNDERSTANDING

Payday Loan Debt Settlement reduces your total debt cost. It takes approximately two to four years to pay off this debt. The payment for the settlement, as the Payday Loan Debt Consolidation Advisor negotiates on your behalf, the payment is due in one lump sum. This is sometimes a difficult option for the borrower to come up with this amount of money. It requires the borrower to save the money needed for the settlement before negotiations start. Your credit score drops in the beginning as settling debts do negatively impact your credit score.
Payday Loan Debt Consolidation works in a slightly different way. Your advisor will also negotiate on your behalf with the lender for you, as the consumer, to receive a lower interest rate. It may take a little longer to pay off, with the approximation of 2-5 years, but you are able to pay back your debt in monthly payments. Unlike settlement, this doesn’t hurt your credit, but in turn gradually improves your credit as time goes on and payments are made on time, every time. This works better for most consumers as this type of repayment program better fits their budget. All loans are consolidated into one payment, which also makes it easier for the consumer to keep track of all debts owed.
Payday Loan Debt Consolidation Loans transfers your debt to another lender and takes anywhere between 1-25 years to repay with a monthly payment. Just like Payday Loan Debt Consolidation this form of repayment program gradually improves your credit over time. So, what’s the difference? Payday consolidation loans need collateral to borrow again. Often borrowers have a hard time with this part of the deal. With this method puts assets at stake if this loan cannot be repaid. Their repayment history has already gotten them into this mess. Are they willing to risk even more?

WHAT DID ANNIE CHOOSE?

Annie worked closely with a great Payday Loan Debt Consolidation Advisor. Her advisor spent a lot of time explaining all the options she had. Where Annie felt once felt hopeless she was finally seeing a light at the end of the tunnel. When Annie’s husband left Annie lost her house, her car, and all other assets she would have used as collateral for a consolidation loan so that wasn’t an option for her. She didn’t have much money saved as she was a single mother of two with many expenses, so the settlement wasn’t the best option for her either.

Finally, she had the solution she was looking for! Annie enrolled in a Payday Loan Debt Consolidation Program that fit her budget. With more lifestyle adjustments, she was able to afford to make her scheduled monthly payments with ease. It only took her three and a half years to finally pull herself out of financial distress and she couldn’t be happier. More information Consolidate Payday Loans